Why does it say "cow" when these are all goats?

Milk test was originally designed for cows and that's the way it remains today. Whether you're testing a goat, sheep, or a camel, all of your paperwork will say "cow".


Ok, so what do all of these numbers mean?


Tell me more about SCC!

Somatic cells are basically anything in the milk that isn't milk. It's usually white blood cells but it can also be bits of tissue. Milk will never be completely free of somatic cells but lower numbers are better. Higher numbers can indicate an injury (kids nursing roughly) or an infection (mastitis). Each goat will have her own "normal" SCC count so you just want to pay attention if her count suddenly spikes. Most of my does are usually between 50 and 300.

I don't get MUN reports so it doesn't show on my lab results, but it is an option at many labs. MUN stands for "Milk Urea Nitrogen". Nitrogen in urea (found in bodily fluids such as blood and milk) is a result of the breakdown of protein. Anything not absorbed and used by the body will be expelled and can be measured. High MUN levels indicate a goat isn't using all the protein she is being fed. Essentially, it's being wasted and you might want to reevaluate what you are feeding her. 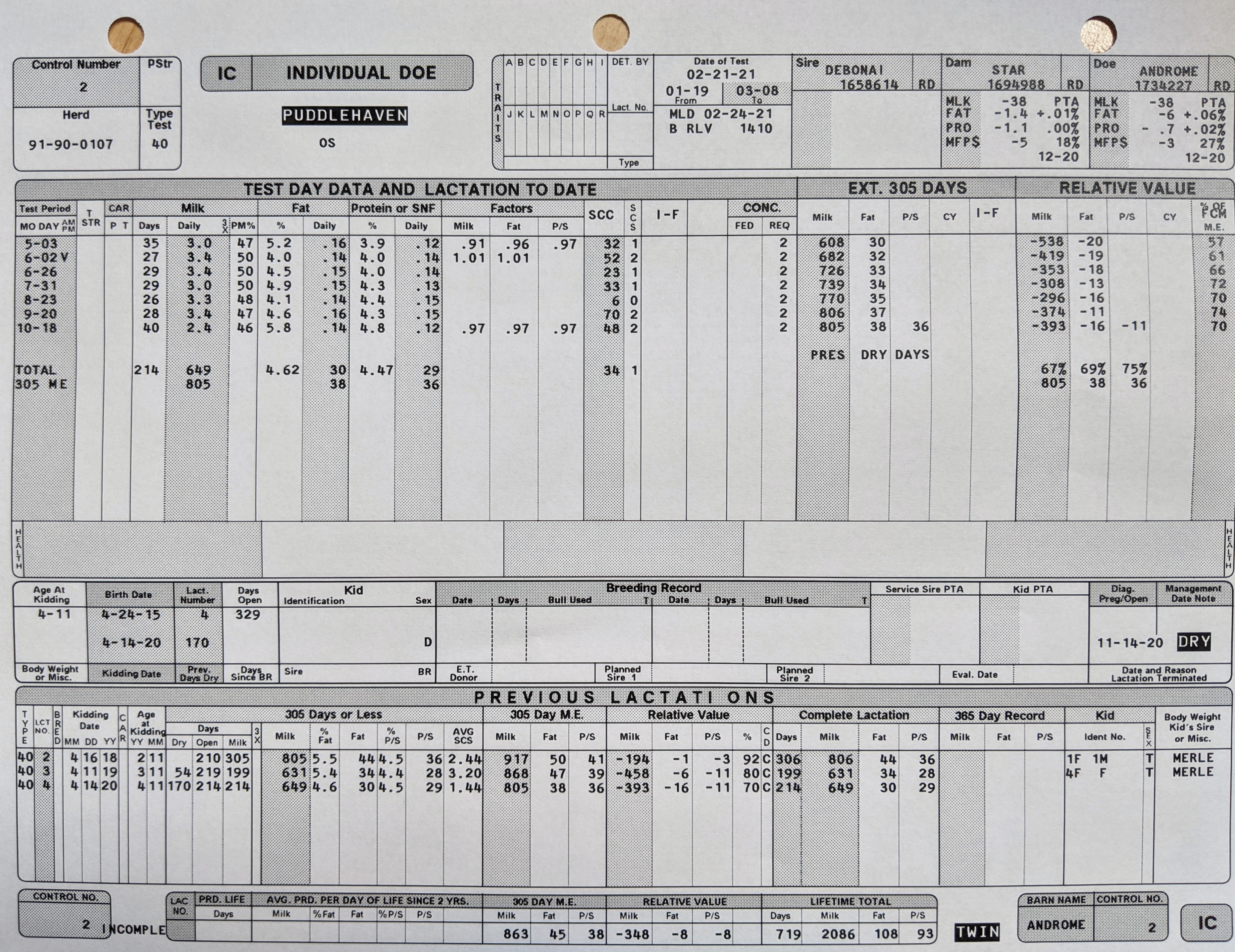 Your lab will send your milk test data to your processing center so they can do their magic (algorithms) and estimate how much your does produce between tests. I use Amelicor. Data sheets from other processing centers will look different but should have all the same information. Let's take a closer look at each section!


Top of the Sheet 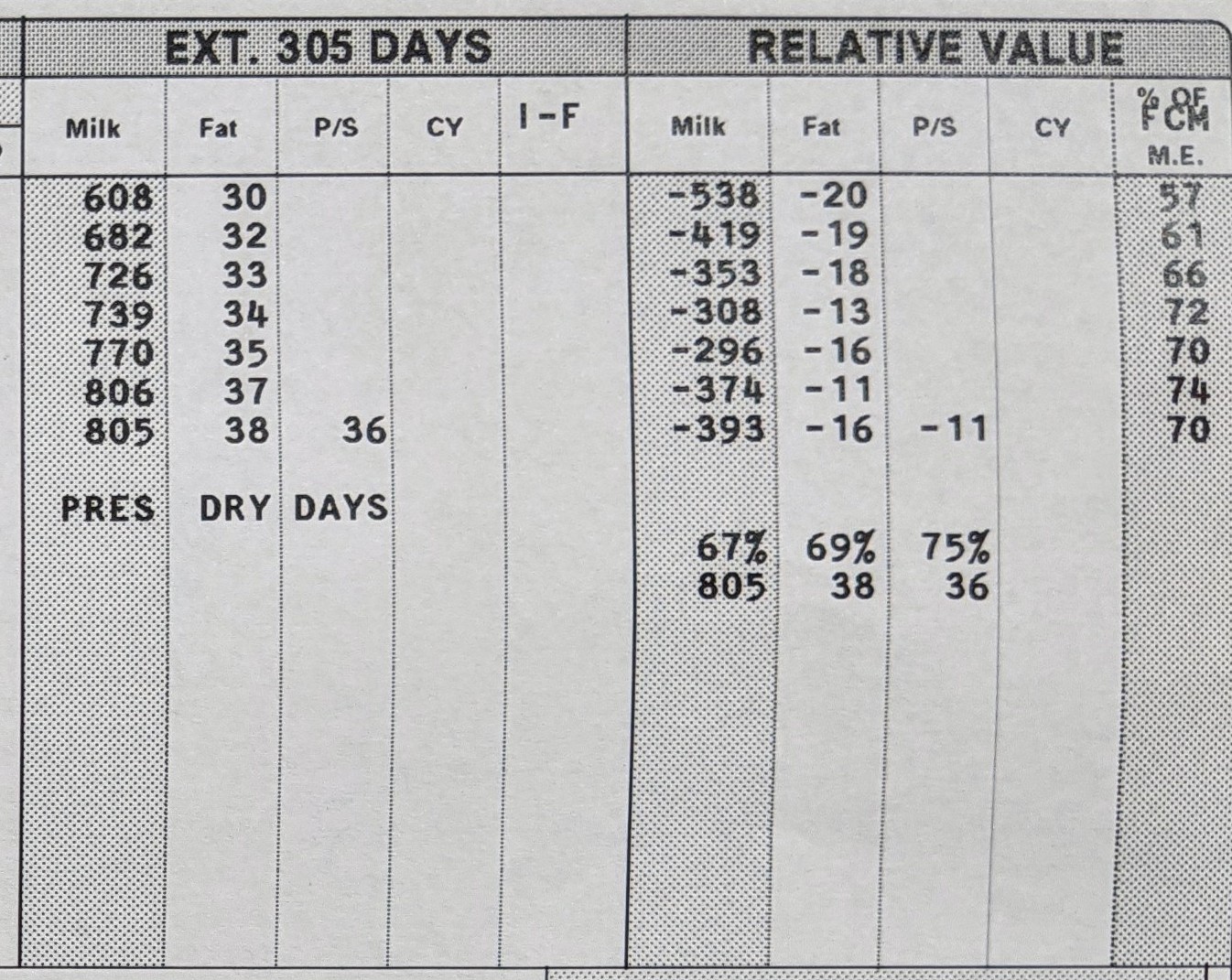 Bottom of the Sheet


If the goat is registered with ADGA, there is a quick and easy way to access this data! Go to ADGA Genetics and lookup the goat by name or registration number:

Click on "CDCB Data" on the left side of the goat's page:

The first time you use this link you will have to sign up for a free account with CDCB. When that is accomplished, go back to the ADGA Genetics page and click the "CDCB Data" link again. 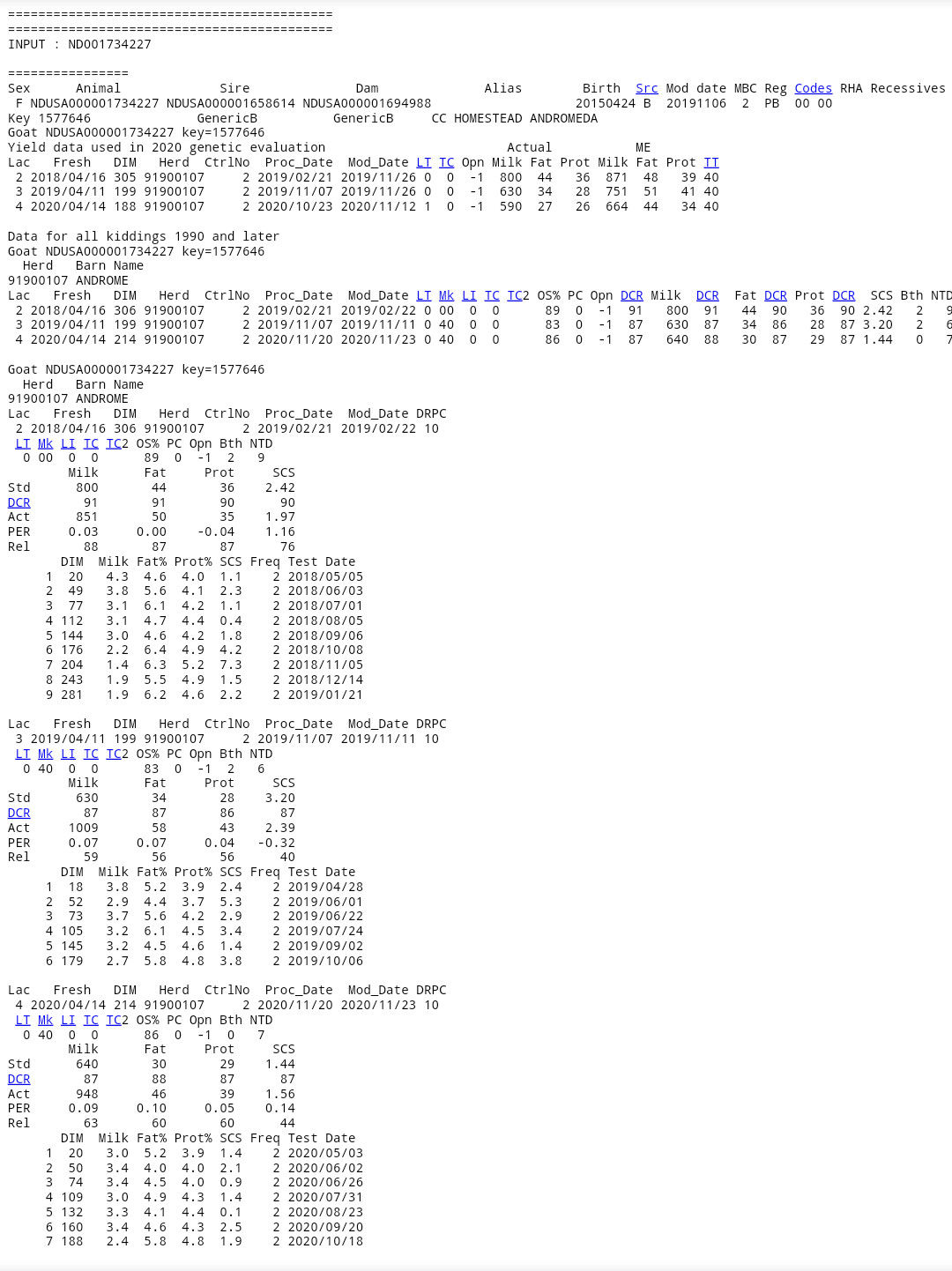 Let's take a closer look at each section!


Top of the Page

Bottom of the Page 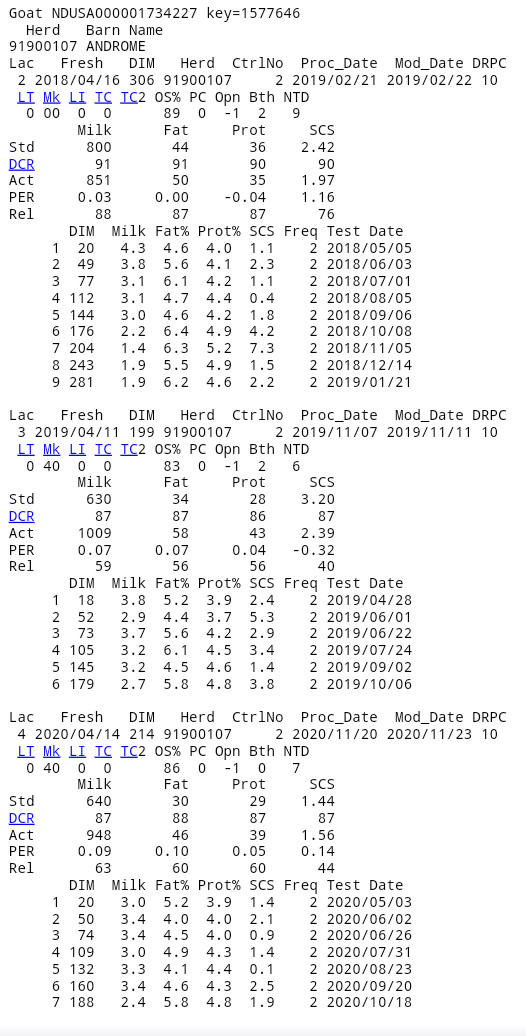 All the data for each lactation! I won't explain what has already been explained above but here is what's different: